What is Circuit Breaker?

A circuit breaker is a stability pattern used when calling remote functions. It protects and monitors a function. A circuit breaker detects the failure and prevents the application from trying to perform an action that is doomed to fail during system maintenance, failure or unexpected difficulties.

When one service synchronously invokes another there is always the possibility that the other service is unavailable or is exhibiting such high latency it is essentially unusable. Precious resources such as threads might be consumed by the caller while waiting for the other service to respond. This might lead to resource exhaustion, which would make the calling service unable to handle other requests. The failure of one service can potentially cascade to other services throughout the application.

Why to use Circuit Breaker?

Overall, Circuit breaker acts as a cushion by handling cascading failures if there is a failure in one of your dependent systems. 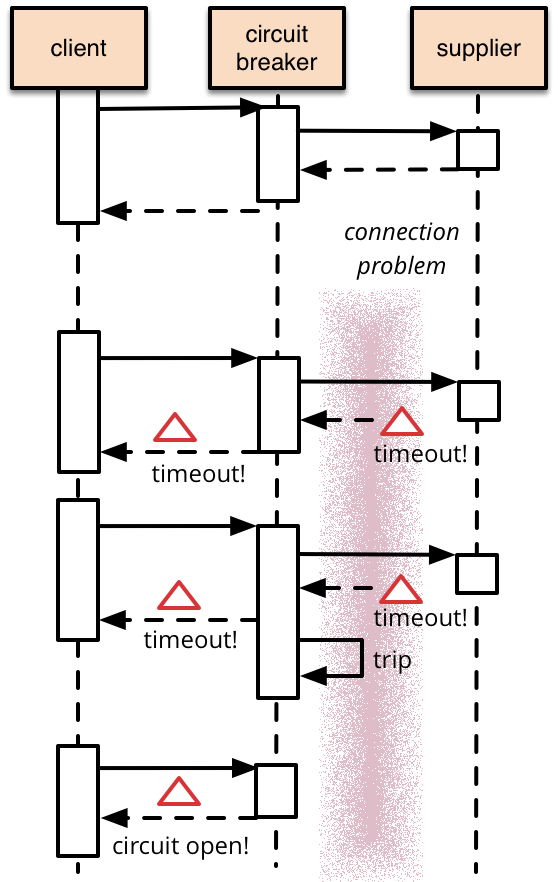 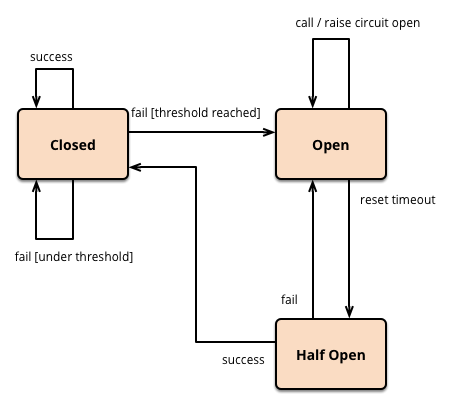 Circuit Breaker can be in one of the following 3 states.

If supplier is able to handle requests and working fine, circuit will go back to CLOSED state otherwise it will go to OPEN state.

If you like what you read and want to see more about system design, microservices and other technology-related stuff... You can follow me on Twitter here.